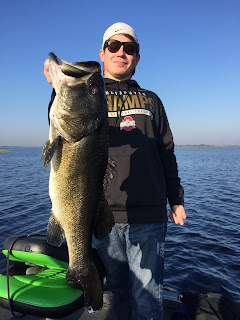 Following is a two part article regarding best practices when handling and releasing bass alive. Part 1 will cover initial actions when catching a bass and what can be done to help them survive the process.

Recently, the University of Florida conducted a study of how handling a bass impacts its ability to survive after being handled by anglers. The study focused solely on the grip used to hold a bass out of water immediately after being caught. The person conducting the study was not a highly knowledgeable angler or one who had any experience with catching and releasing large bass.

When the word got out that this study was going to be done I contacted Fish and Wildlife and asked why anglers like myself or other guides were not contacted for input on the study. The response I got was that the study was being controlled by University of Florida and they awarded the money to the person doing the work.

Not the best answer I could have hoped for considering this study might get some merit simply because it had a university's name on it.

The results of the study? No definitive results could be concluded from the study. Feeding times of fish handled after being caught varied slightly based on angle at which they were held but not at a consistent level to be considered scientific.

With all of that being said I like to propose a broader approach to handling a bass that starts from the moment they are caught to the moment they are released. The thought behind this approach is based on 15 years of guiding, handling numerous big bass and releasing them alive. Many that were caught on more than one occasion validating the success of how they were handled.

Some situations will make my proposal more difficult to follow. If you are fishing in a river system with strong current or a lake with lots of trees please make the best attempt to follow the following suggestions as you can.

To begin let's look at a scenario of hooking a bass and the actions that take place after it is hooked.

Once a bass is hooked it has an initial response to pull back and fight. The struggle and energy the bass expends will put a strain on it's muscles and just like humans will push lactic acid into them. The longer the fight, the more lactic acid that ends up in their muscles. 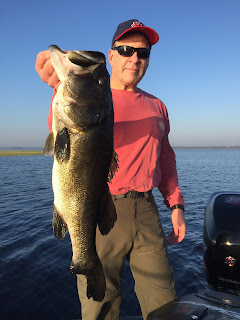 Think of when we lift weights and the effects we feel afterwards. The pain is the result of the lactic acid that is pushed into the muscles and the blood that follows trying to heal broken down cells. This pain takes some time to clear our bodies and allow us to get back into the gym.

For a bass this is one part of how they can struggle to survive being caught and surviving afterwards. Catching a bass in a tournament and releasing them alive gives us the idea that they survive but this is what isn't always known. Not all bass float to the surface and die. Some take days to die and still do not float to the surface.

The only way we can do something that helps this is to reduce the lactic acid build up. How do we do this? The best way is to slow down the rate at which we try to bring the fish in. Once a bass is hooked it only takes a second to slow down and in turn, the bass will calm down.

Many might doubt my thoughts on this but for 15 years I've done with with countless anglers and watched as they have proven my theory to work 100%. I personally have done this will small mouth and know it works on them as well.

The added benefit to doing this is your catch rate goes up significantly and lost fish rate goes down to about 1%. For tournament anglers this is money in the bank.

The photos above are of a fish we named Frankenstein. We caught and released this bass 9 times over a 3 week period.